FROM WITHIN THE BELL JAR

“It was a queer, sultry summer, the summer they electrocuted the Rosenbergs, and I didn't know what I was doing in New York.”

This is the opening sentence of The Bell Jar. Powerful, direct, and utterly morbid. The story follows Esther, Plath’s semi autobiographical character, who speaks frankly about her struggles as she completes a summer internship in New York City before returning home to Boston. In 2017, as a young adult living on my own in a new city, I loved The Bell Jar, Sylvia Plath’s only novel. For the first time since moving away from the comforts of home, I had found solace. My loneliness and fears about who I was and who I felt I needed to be were explained perfectly in these pages. The brutal honesty and dry wit found in The Bell Jar made its observations about class, sexism and mental illness even more poignant. There was no poetry or romance to the depression. It was refreshing and beautiful.

“From the tip of every branch, like a fat purple fig, a wonderful future beckoned and winked. One fig was a husband and a happy home and children, and another fig was a famous poet and another fig was a brilliant professor, […] and beyond and above these figs were many more figs I couldn't quite make out. I saw myself sitting in the crotch of this fig-tree, starving to death, just because I couldn't make up my mind which of the figs I would choose.”

In its short 244 pages, The Bell Jar holds gems like the excerpt above which I harboured close to my heart during my first read. But what resonated with me so much about The Bell Jar is the exact reason why some people hate it. Plath’s book has a reputation of being monotonous and depressing, contributing nothing else of value to the reader. Plath herself is written off as the depressed female archetype and her work is assigned to be read by miserable teenage girls suffering from heartbreak.
‍ 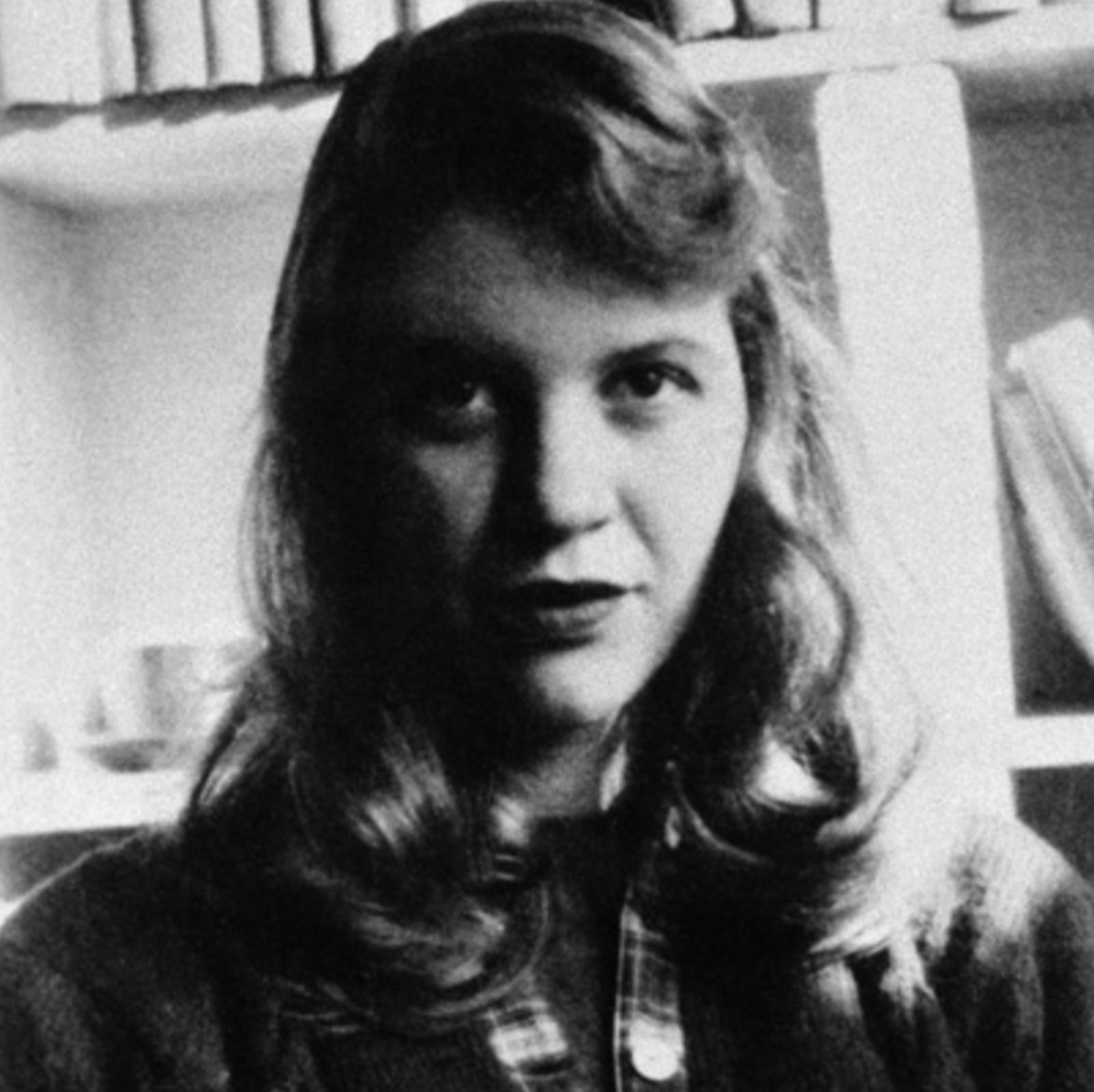 The tragic suicide of Sylvia Plath dominates our perception of her life and body of work. A picture has been painted of a sad, haggard woman, wallowing in despair as she is driven mad by her husband’s infidelity. It is an out-of-date notion to have of any woman, especially of a driven, passionate writer whose novel has sold over 3 million copies in the United States alone. Her poetry is revered, and she was the first author to ever win a Pulitzer Prize posthumously. However, her entire reputation can be perfectly summarized by Woody Allen’s famous line from the movie, Annie Hall.

“Sylvia Plath. Interesting poetess whose tragic suicide was misinterpreted as romantic by the college-girl mentality.”

The Moral of the story is Sylvia Plath is not a writer to be taken seriously. But to dismiss Plath because of her untimely death would be the equivalent of staring at Vincent van Gogh’s work and ignoring the colours and brush strokes to talk about his missing ear. There is so much more to Plath than her demise. And there is so much more to The Bell Jar than the fact that it was published 30 days before she took her own life.
‍ 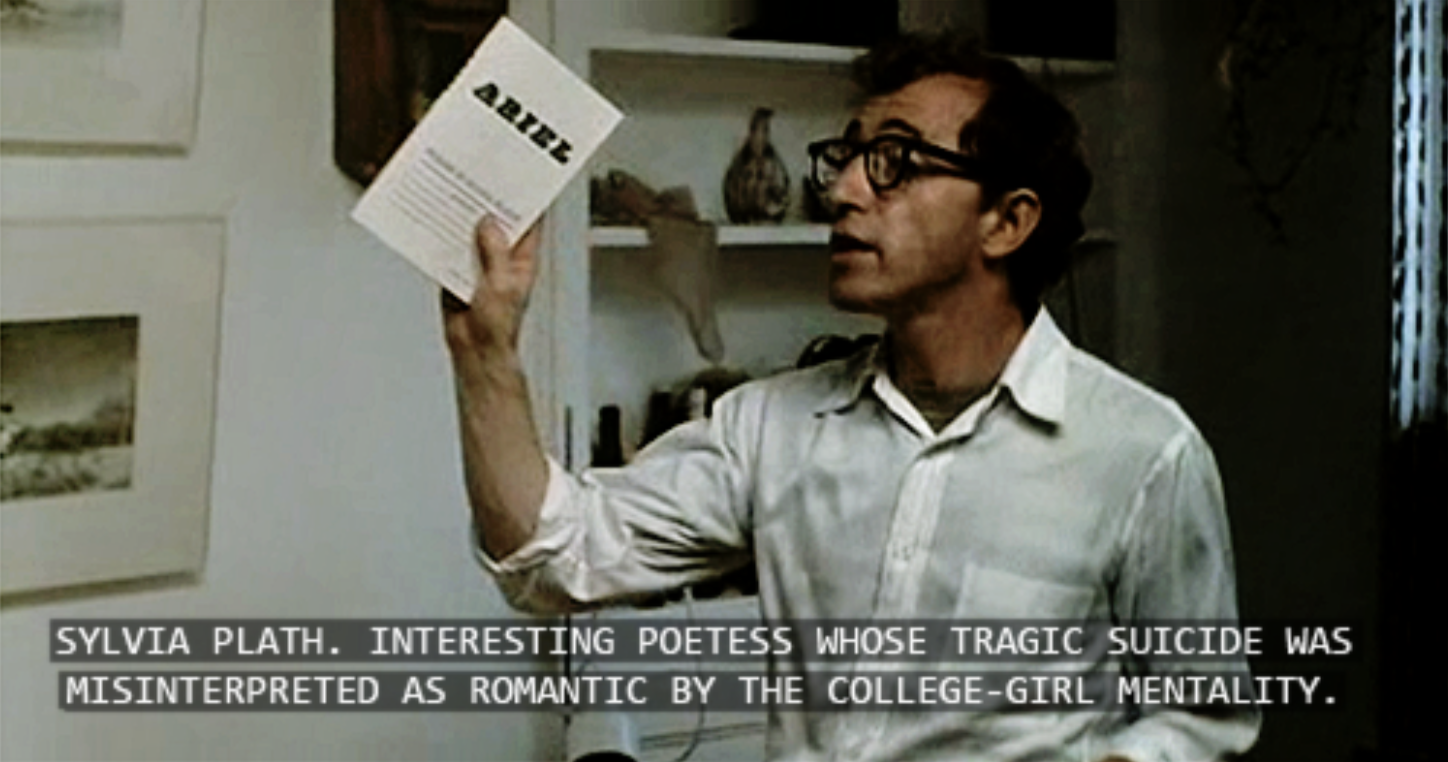 My goal was to reshape the misconceptions surrounding Plath and her work. I picked up one of my favourite books for the first time in years, ready to be enthralled once again with the portraits it painted of the world; dark and honest and lovely. And as I read the book for the second time, I still found gems worthy of reading, but something rang out louder and pierced through the rose-coloured glasses I wore the first time reading. One of my favourite books was quite shamelessly racist.

“Then my ears went funny, and I noticed a big, smudgy-eyed Chinese woman staring idiotically into my face. It was only me, of course. I was appalled to see how wrinkled and used-up I looked.”

“The face in the mirror looked like a sick Indian.”

“I drew my foot back and gave him a sharp, hard kick on the calf of the leg.

The negro leapt away with a yelp and rolled his eyes at me. 'Oh Miz, oh Miz,' he moaned, rubbing his leg. 'You shouldn't of done that, you shouldn't, you reely shouldn't.' 'That's what you get,' I said, and stared him in the eye.”

These are just a few examples. They leap off the page and yank you right out of the plot of the book yet my first time reading it, I overlooked this. I had only focussed on the positive aspects of the story like its feminist perspective. Esther is strongly opposed to remaining ‘pure’ and often questions the dynamics between men and women. She is hesitant about marriage and having kids and wants autonomy above all else. She is modern in the sense that she revolts against these misogynistic, societal norms of her time.

Of course, with closer inspection, we can see that the feminist lens this story is told through is a broken one. While Esther is combating outdated beliefs against women, her voice excludes many by encouraging prejudice and oppressive beliefs on BIPOC. There is a twisted irony in how forward thinking she is in some regards, yet obtuse in others. With Esther’s ignorance and lack of inclusivity, the feminist aspect of the book now feels hollow.

This prejudice apparent in The Bell Jar is rarely analyzed in mainstream media. Many articles fixate on Plath’s personal life and her volatile marriage with Ted Hughes. The pieces that do discuss her work focus on its semi autobiographical nature and the information this reveals about Plath. The topic of racism is rarely mentioned. This fascination with knowing all we can about Plath dominates the discussion surrounding her work and prevents us from giving it thoughtful criticism. This is a grave mistake. Not only is Sylvia Plath’s writing worthy of discussion, but when discussing it, the racism must be addressed.

One article does manage to tackle the issues in The Bell Jar head on. The piece is written by Crystal Contreras for the Willamette Week, a Portland newspaper publication. It expresses well-deserved frustration about the overlooked bigotry in The Bell Jar. The article raises the valid point that The Bell Jar is not the ideal feminist novel. A main takeaway is to stop praising the flawed book and go read something other than a problematic publication by a white author. Contreras suggests reading Sula by Toni Morrison and Canícula: Snapshots of a Girlhood in la Frontera by Norma Cantú as a starting point.

I’m currently reading Canícula and I finished Sula soon after I read The Bell Jar. It follows the story of two young girls’ complicated friendship as they enter adulthood. The story is captivating and offers an incredibly unique, unvarnished way of looking at life and its tragedies. It’s definitely worth reading.

I had never heard of either book before reading Crystal Contreras’ article. Nor had I read anything by Toni Morrison despite her numerous accolades. Here I was trying to reshape people’s bias about Sylvia Plath and open their eyes to literature they might have previously disregarded, when this article did exactly that for me. By acknowledging issues with The Bell Jar, I realized my own need to explore writing told through new perspectives. The lesson I hoped to share was reinstalled in me and it reshaped how I viewed a novel I thought I knew well. It inspired me to read something new, which in the end, was my goal to encourage others to do.