HOW ARTISTS SHAPE OUR UNIVERSE

“The most beautiful thing we can experience is the mysterious. It is the source of all true art and science. […] To know what is impenetrable to us really exists, manifesting itself as the highest wisdom and the most radiant beauty, which our dull faculties can comprehend only in their most primitive forms.” – Albert Einstein

Reality is a mystery. We experience it. We perceive it. We are taught it. We are given representations of it. And yet, by existing within it, we are forever unable to be an objective observer. All we can do is attempt to comprehend it through the tools we have: the derived laws of Nature and aesthetic representations of them.

As a child, you were most likely taught to draw stars as shapes with five points. Looking up at the stars at night, this probably seemed like a viable truth: the stars shimmer and if you look close enough they look like points of light with spikes coming out of them (similar to your view if you squinted at a street lamp). Looking back, your childhood reality probably seems comical, having now seen photos of our spherical star, the Sun. Through advancements in optics, we’ve realized that the star spikes we saw as children were simply the diffraction of points of starlight in our eyes. And yet, five-point representations of stars still persist. Why?

Five-point stars in art can be found as far back as the Egyptians and Mesopotamians on jars and vases from around 3100 BCE and continued into the Renaissance period. These historic artistic (mis)representations of stars have permeated cultures across the globe throughout human history and persist as symbols of what we now know are spherical balls of plasma. But, where to us five-point stars are symbols, to artists of the past this representation was reality. 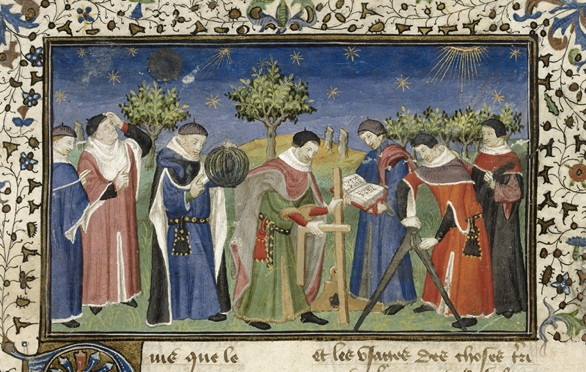 The naturalist ethos of the Renaissance gave rise to representations of natural phenomena in art. To the Renaissance artist, this was partially seen as a way to understand the reality of Nature. As put by Albrecht Dürer, “Art is in nature. Who can extract it, has it”.

Now we rely on science to understand the reality of Nature and art is often interpreted simply as an aesthetic representation of the artist’s perspective. The two are seemingly incompatible: where one strives for objective fact, the other is inherently subjective. But the laws of Nature derived by science are interpretable by only a few, especially now in a world where quantum theory and general relativity describe a reality almost impossible to conceptualize, let alone visualize. It’s here that the artist provides an interpretable reality for society, which inevitably becomes the new baseline reality. Again, why is it that we still draw stars with five points? Where science describes reality, art conceptualizes it, enshrining its representation of reality in society’s public consciousness.

Until Thomas Harriot, and a few months later Galileo Galilei, looked up at the Moon through a telescope and mapped its surface, the Moon was always represented as perfectly smooth. It was a symbol of purity, often linked to the Virgin Mary in paintings. But after Galileo shared his findings with his friend Cigoli, representations of the moon shifted. In Cigoli’s final work, a fresco in the Pauline Chapel, Mary is depicted over a cratered moon. And so the public consciousness shifted to this new reality. 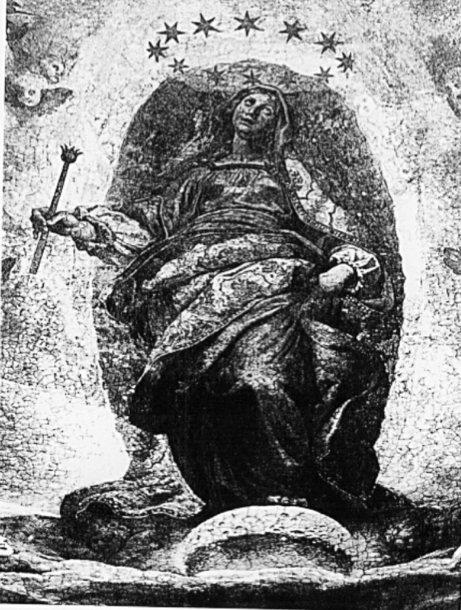 The 20th century saw a dynamic shift in the formulations of the laws of Nature. Suddenly light could be simultaneously a wave and a particle, influenceable by an observer. Gravity was no longer an attractive force between objects with mass, but instead an interaction of masses as a result of the warping of space-time. The universe was no longer static, but rather expanding at an accelerated rate due to an unknown dark energy. How is it possible to conceptualize such a reality?

In response to these new ideas of dimension, perspective, and causality set forth by Albert Einstein that underpin our new scientific description of reality, poet and art theorist Charles Sirato wrote the Dimensionist Manifesto (1936). This declaration called for writers and painters to evolve from the Newtonian framework of reality towards adoption of this new, dynamic framework. In this new framework, “Space and Time are no longer separate categories, but rather they are related dimensions in the sense of the non-Euclidean conception, and thus all the older limits and boundaries of the arts disappear”. And indeed this radical new reality proposed by scientists became engrained in Western arts, with the manifesto being signed by the likes of Alexander Calder, Joan Miró, and Wassily Kadinsky.

When we think about the current laws of Nature, they are almost incomprehensible because unlike the scientific advancements during the times of Galileo and Newton, they cannot be seen or experienced. If that’s the case, how can we conceive of the reality of our universe? Calder proposed the solution: “The universe is real but you can’t see it. You have to imagine it”. In his imaginations of this space-time reality, Calder developed sculptural mobiles that spatially evolve over time. One example is the Study for Lobster Trap and Fish Tail, which consists of several plates of painted sheet iron that rotate gently based on the movement of the artistic observer. One can interpret the movement as a representation of how in a quantum world the observer impacts that state of that which they are observing. 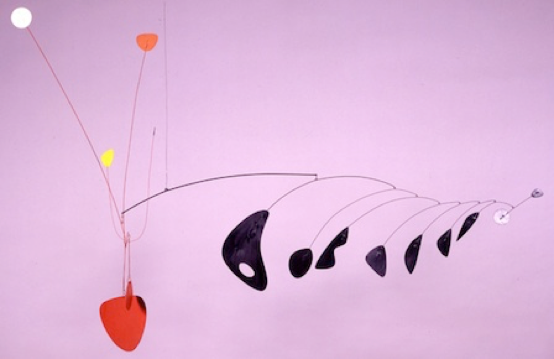 As art permeates culture, it leaves behind representations of the reality of the time. As society advances and scientific discoveries evolve our understanding of the realities of our universe, so too does reality’s artistic representations. These new representations once again permeate culture and are absorbed by public consciousness. In each moment, our perceived reality is shaped by the artists that helped us conceptualize it. As author and art historian Lynn Gamwell put it, “The art world is full of science. Art expresses how we understanding reality, and how we understand reality in a scientific worldview today”.

Next time you look up at the stars or imagine how the universe works, think about the countless artists that shaped the way you conceptualize the world around you. Knowing that, as Einstein put it, “what is impenetrable to us really exists, manifesting itself as the highest wisdom and the most radiant beauty, which our dull faculties can comprehend only in their most primitive forms”, we must thank both scientist and artist alike for elevating our comprehension.