Ariella Minden is a Doctoral Fellow at the Kunsthistorisches Institut in Florenz - Max-Planck-Institut.

“As an art historian, it is my role to look back in order to help better understand the present and think about the future. In this capacity, I can assure the reader that art by no means will disappear in this crisis, but there will be a pivot. In such times of paradigmatic upheaval art is an outlet for individuals and communities to react the world around them. In times of illness and plague, art serves as a tool by which to process trauma and mourn tragedy.”

Amidst global attempts to curb the devastating effects of COVID-19, museums have remained closed for months on end and the art world put on hold. Raphael’s greatest works, assembled at the Scuderie del Quirinale to commemorate the five-hundredth anniversary of his death hung in room after room without any admirers for the two months that Italy was under strict lockdown. Art Fairs such as TEFAF in Maastricht became vectors of transmission rather than a hobnobbing of the who’s who of the art world. The Metropolitan Museum of Art only just announced that they anticipate being able to reopen on August 29th, a closure that will have lasted over five months. Such vast disruption has been the cause for speculation among art critics, with much forecasting on the impact of the pandemic and how the economic recession will irrevocably change the art world. Jason Farago, critic for the New York Times, for instance, pondered how the cultivation of fame and notoriety among artists would need to be revised when at the moment it is so heavily reliant on mobility and the idea of the globetrotting superstar. He also questioned what would emerge as the predominant medium of lockdown, even suggesting Instagram as one possibility. Jerry Saltz around the same time, at the beginning of April, wrote about how this pandemic and its economic repercussions would exacerbate the already gross inequities that riddle the art world, and lead to further consolidation of power for the multinational gallerists and their superstar artists while leaving little room for up and coming artists who do not have the same financial backing or platforms, leading perhaps even catastrophically to the loss of an entire generation of talent. 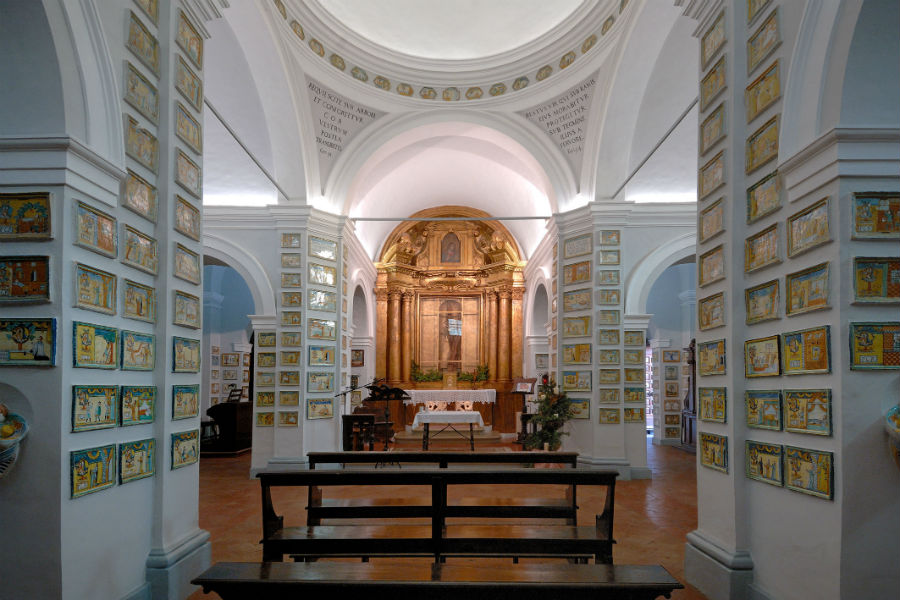 I have no doubt that the consequences will indeed be dire, and there will have to be serious rethinking that happens, but as an art historian, it is my role to look back in order to help better understand the present and think about the future. In this capacity, I can assure the reader that art by no means will disappear in this crisis, but there will be a pivot. In such times of paradigmatic upheaval art is an outlet for individuals and communities to react to the world around them. In times of illness and plague, art serves as a tool by which to process trauma and mourn tragedy.

The ex-voto was, and continues to be, one such art form that saw widespread, popular usage in trying times; be it war, famine, or plague. Short for ‘ex voto susceptor’ – in pursuance of a vow- the ex-voto serves as a votive offering given either to beseech a deity for benevolence or in thanks for divine favour. The range of objects that serve as offerings are rich and varied ranging from altarpieces that now hang in some of the most important collections in the world to plaquettes that portray the reason for the donation to wax effigies that served as stand-ins for the supplicant. 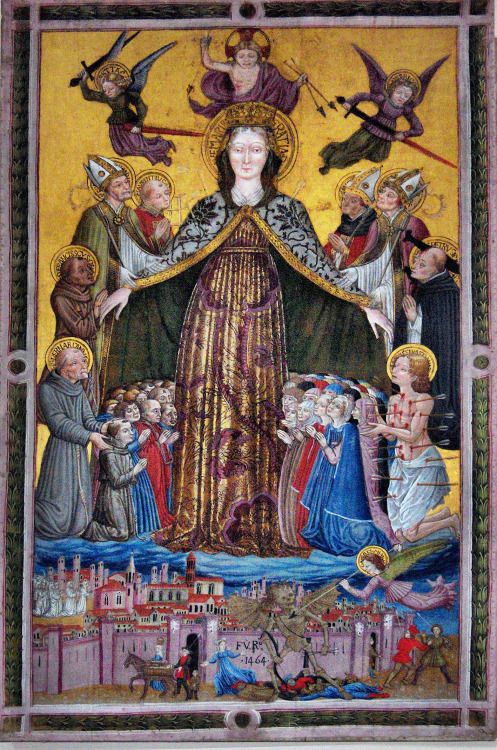 In Italy, there is a long tradition of the ex-voto dating from classical antiquity. In Christianity, the earliest offerings emerged as part of early cultic practice, but it was not until the 11th century that the practice became more common, and it then took another two centuries or so for the practice to become widespread. The Black Death of 1348, which ravaged Europe and wiped out almost half of Europe’s population, was another cataclysmic moment for this act of devotion. On the Italian peninsula, altarpieces featuring saints who were regarded as protectors against plague were dedicated in churches at particular trying moments. The rise in altarpieces dedicated to St. Roch, who himself was said to have survived the plague, as well as St. Sebastian and the Madonna della Misericordia or Mary of Mercy serve as visual evidence as to how people responded to (or psychologically coped with) plague.

Of these the Madonna della Misercordia as an iconographic type offers a particularly prescient historical testimony of communal hope in the midst of plague, where a conventional formula was taken and particularized for specific groups of people. The standard format of these paintings depicts a statuesque Virgin Mary with her arms outstretched holding her mantle up as a tent where under the protection of the cloak are pictured a group of supplicants, very often including particularized portraits. While this could comprise the painting in its entirety, many of these Madonna were presented as part of a broader scene showing the outside world from which the Virgin was offering her divine protection. Two such examples made specifically in the context of outbreaks of plague are those by Benedetto Bonfigli and Pietro Alemanno painted in 1464 and 1485 respectively. In both works arrows of plagues rain down in divine anger. In Bonfigli’s painting a personification of death is shown presiding over those who have succumbed to illness, while in Alemanno’s image bodies pile up around the Virgin’s mantle, in stark contrast to those who have been spared. In Alemanno’s work the talismanic properties of the image are clarified in the little inscriptions above the heads of the men and women who have found beneficence under the Virgin’s mantle, pleading for refuge and intercession from the outside world. 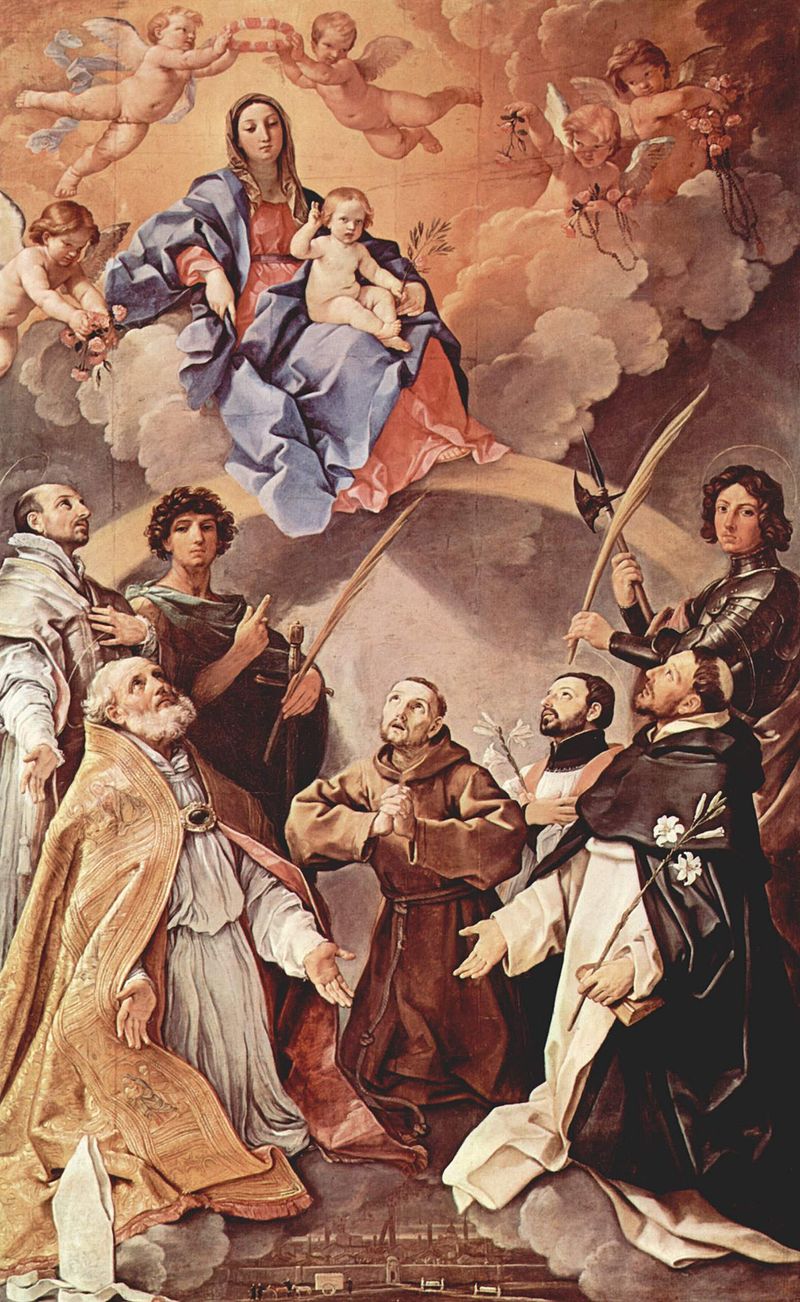 While both these works remain in their original church contexts, other works now considered canonical works in the history of Italian art for their astounding quality, were initially made as ex-votos. Guido Reni’s magisterial Pala della Peste- Altarpiece of the Plague, which now resides in Pinacoteca Nazionale di Bologna was initially an altarpiece which once a year was processed through the city in thanksgiving for the subsiding of the plague of 1630. In the upper register the various patron saints of Bologna as well as several Dominican and Jesuit saints are shown appealing to the Virgin and Christ Child for divine intervention on behalf of the city pictured below. The city in the lower register is clearly Bologna, easily identifiable by the two towers which dominate the skyline even today. Although the painting was made after the plague, the psychological trauma of widespread death lingers in the painting with coffins carried and carted beyond the city walls.

Despite a number of famous examples of ex-votos, the material culture that comprises this practice is much broader than merely paintings and sits in a register of artworks that might now be termed folk art. Such objects can still be found in sanctuaries throughout Italy. In Santa Maria dei Bagni near Deruta, famed for its ceramic production, walls are covered from floor to ceiling with plaquettes made of glazed terracotta that depict the various reasons for which the supplicants were asking for divine intervention from robbery in the seventeenth century to car accidents in present day. Instead, in churches such as the Santissima Annunziata in Florence and the Sanctuary of the Madonna delle Grazie in Mantua, wax effigies served as the most prominent form of offering. These life-sized wax models of various body parts or sometimes full figures were intended to represent parts of the body in need of healing or that had been healed by the grace of God. In the case of the Santissima Annunziata while no wax models survive, the practice of the wax effigy was documented from the first half of the fourteenth century onwards and the sheer volume of these is communicated by the need in the early-sixteenth century to build an atrium exclusively to house the ex-votos. For still surviving wax effigies on can look to the Sancturary of the Madonna delle Grazie where ex-votos line the walls of the church, with life-sized figures in the niches of the upper register and smaller body parts such as hands, feet, hearts, and even breasts arranged in decorative patterns. The interior decoration of the church comes to be reliant upon the visual culture of votive offerings especially those given in times of sickness. 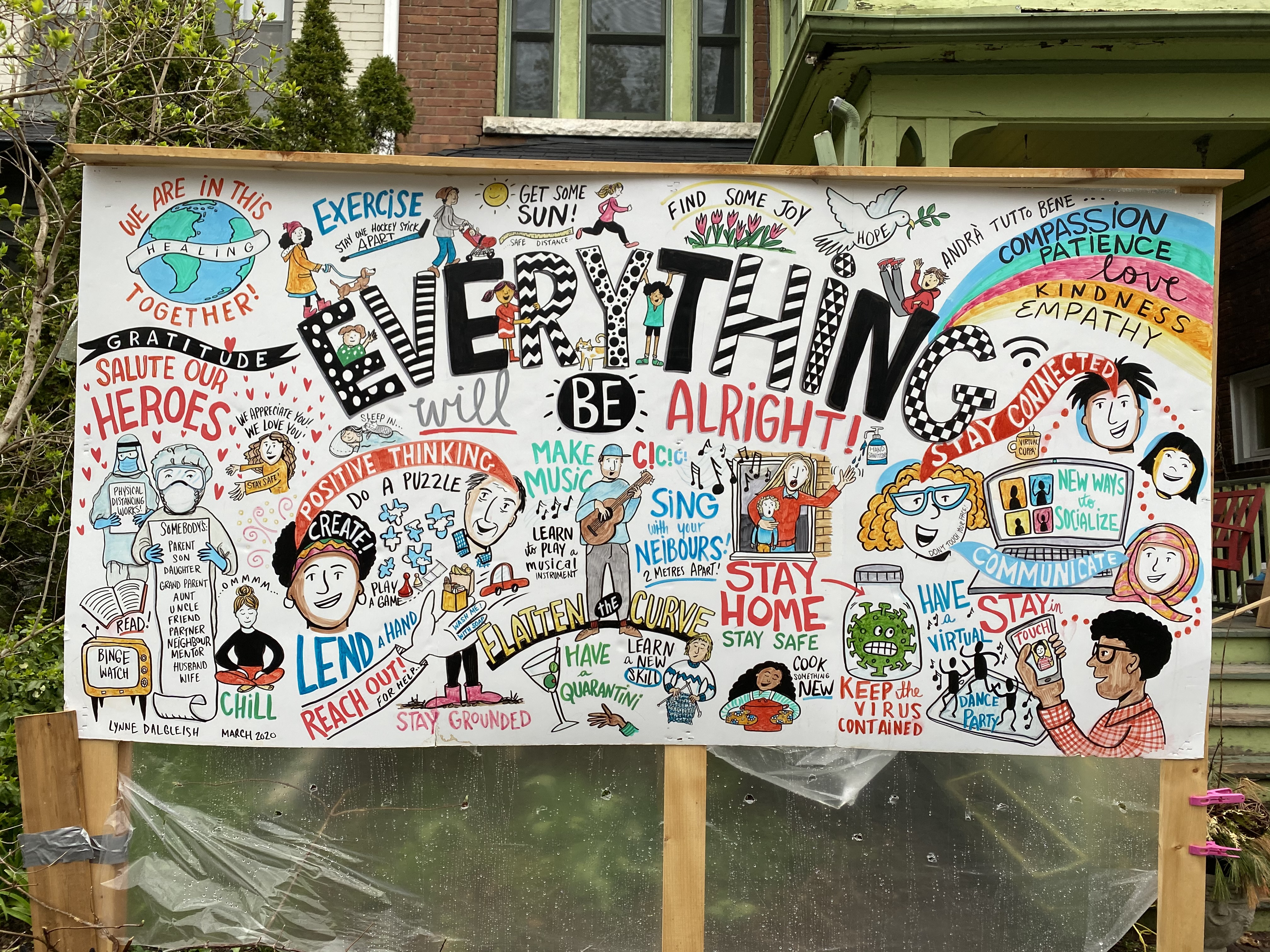 This overview of ex-voto practices in northern and central Italy offers only a glimpse into a rich global history of the practice. But through this slice of material culture, it is very evident that art doesn’t disappear in times of crisis, but becomes a valuable tool to reconcile and outwardly, tangibly express hopes for the future. While the uncertainty lingers with respect to the form that the art world will take in the next year or longer, even since the start of the various lockdowns a particular visual culture has already prominently emerged. In Italy, parents encouraged their children in the darkest parts of the lockdown to draw signs with rainbows to hang from apartment windows that read “Andrà tutto bene” – everything will be ok. Through social media this trend caught on and similar signs were posted in windows in Canada, the US and elsewhere. In Toronto, signs were posted on lawns thanking healthcare and grocery store workers on the frontlines of care. The emphasis on public health and sanitation led to one of the most extraordinary signs I came across during this time, which included detailed illustrations of how to go about flattening the curves. Indications of children’s boredom out of school and cooped up at home was recorded on Toronto sidewalks where hopscotch and other games were drawn out in chalk. The visual record of the pandemic will not necessarily or exclusively be remembered in high art, but instead in visual record of everyday life created by those attempting to grapple with an unprecedented experience through visual means.