by William Mercer and edited by Bryn Orth-Lashley
August 20, 2020

“Being a spectator of calamities taking place in another country is a quintessential modern experience, the cumulative offering by more than a century and a half’s worth of those professional, specialized tourists known as journalists. Wars are now also living room sights and sounds.” - Susan Sontag, Regarding the Pain of Others

Documentary film and photography brought subjects to the forefront that had not been perceived at the beginning of the 20th century in western public consciousness. Often referred to as the first formal documentary, Nanook of the North (1922), by Robert Flaherty offered viewers an intimate look into the daily lives of the people of the North. Nanook and Nyla, with their children, were the focus of a film that placed them at the forefront of a pristine nordic landscapes from the eyes of western documentary observers. Portraying what one would believe to be a wholesome, pre-industrial environment, the filmmaker depicted these characters in their daily lives, be it hunting with spears or building igloos to dwell in.

Flaherty was a very talented filmmaker who played with moments of pathos such as the scenes between Nanook, a father, and his son. The viewer forms a bond with Nanook, relating their lived experiences to what’s on the screen; however, many often still keep the other at arm’s length. Switching back and forth between various shooting angles, one gains an intimate insight into the activities of daily living of the North. But wait, how could this be? If one is producing a documentary in the early 1920s, how could they obtain perfect lighting inside an igloo? Why would the people of the North hunt with spears when guns were widely available? Years later, we find out that the igloo was only build in half to allow natural light to canvas the scene, and that the fishing scenes, although real in nature, were an archaic unused tradition. 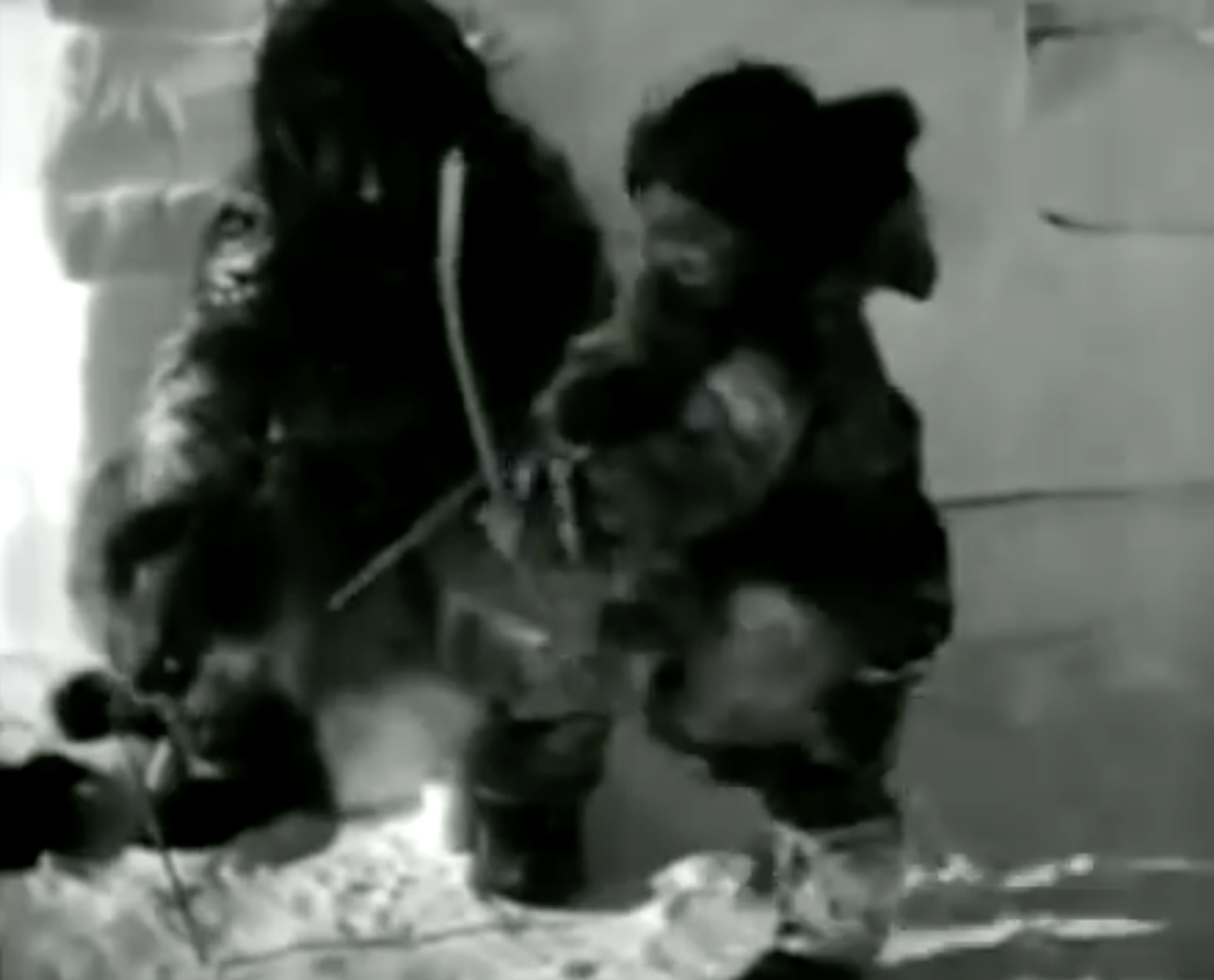 Western society has always somewhat blindly relied on documentation to provide its constituents with a reliable source of information. However, what if I told you that documentaries are fundamentally the west’s sub-cultural system of spreading what we now refer to as “fake news.” Although this might seem like quite a great allegation, all of western documentary film is based on the same biased perspective of Nanook of the North, a film depicting humankind’s noble savage. In western society we often have a tendency to romanticize the other. This can still be seen today when most millennials are seen backpacking across the world capturing every superficially ‘cultured’ moment with their iPhones, to only come back and recount their adventures to their peers. We fuel the other by valuing such exoticism, and this only establishes a fake relationship. Michael Renov wrote that documentarians point the camera outward, drawing as little attention to the filmmaker as possible. Are documentaries made to record or to preserve, are they produced to persuade or to promote? The viewer must henceforth bear the burden of passing a judgement according to their own belief system. Can we rely on an individual’s belief system to qualify content that was collected to be objective or not?
‍
In 2020, historical events such as wars and epidemics are perpetually documented by photography. The first war to be photographed was the Crimean war from 1853 to 1856. But does an image make it more truthful, more real. Why is it that an image of a girl burning alive due to American Napalm Gas as necessary to spark western anger? Who are they angry at? Is one capable of being both the documentarian, the documented actor, and the viewer objectively? Over time nations have taken advantage of this medium to control the narrative. Our governments have so finely tuned media, that war press workers are a job title. If we the people cannot see what we are truly doing, if the tragic image of the girl would never have slipped, where would we be today? When the message is controlled, one has more difficulty to determine what is and what is not. 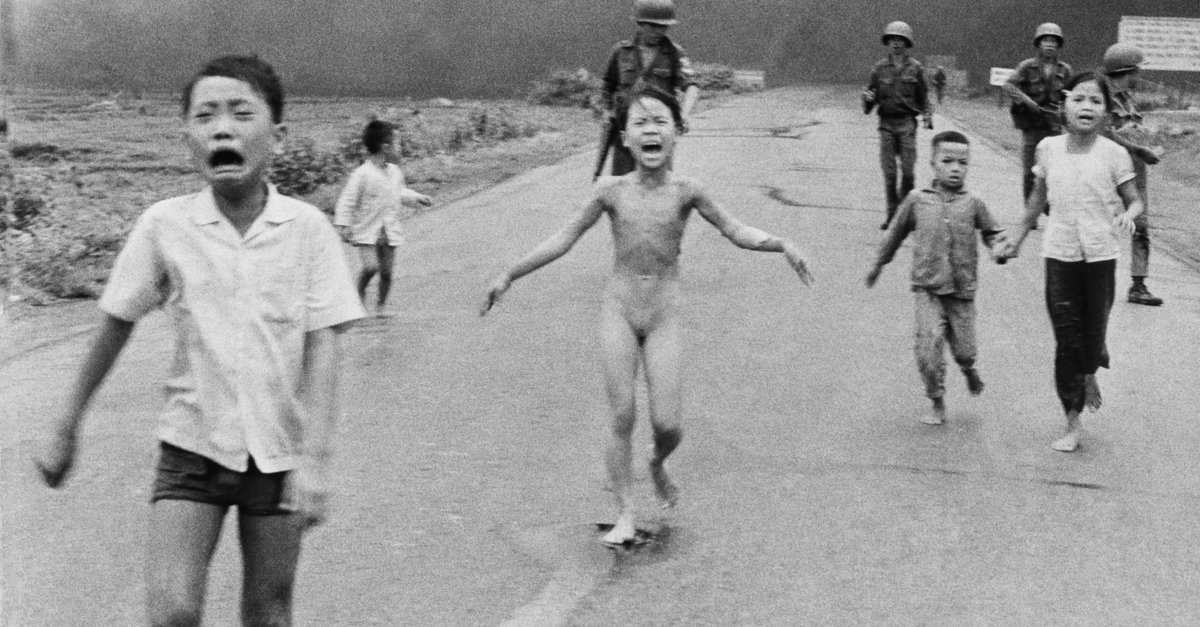 A counter argument could most certainly be the power of social media. These contemporary platforms are the new news reel to many people. But once more we are challenged to be the media critic. Countless people now have access to telerecording devices in their pockets and document the world as they see it. However, nothing is as true to a moment as a still image. A photograph locks in a moment as opposed to a video documentary that forms a continuum, that can be replayed, and re-analyzed. A photograph stings the viewer. But did we see any photographs of the explosion in Lebanon, or solely amateur videography? Susan Sontag wrote in her book Regarding the Pain of Others: “Being a spectator of calamities taking place in another country is a quintessential modern experience, the cumulative offering by more than a century and a half’s worth of those professional, specialized tourists known as journalists. Wars are now also living room sights and sounds.” Sontag went on to explain that the nonstop imagery of the news reel numbs the spectator, “the photograph has a deeper bite.”
‍
In these challenging times of novel social media reported democracies, I will leave the viewer on these words by Walter Lippmann: “We must remember that in time of war what is said on the enemy’s side of the front is always propaganda, and what is said on our side of the front is truth and righteousness, the cause of humanity and a crusade for peace".