Ashley Scott is an American artist who was born in Chicago in 1986. She studied fine arts at the Art Institute Chicago and won a scholarship residence program with Toyota in 2011.During the art residence, she traveled to Europe and Asia to design artistic installations and develop concept cars. In 2014 she moved to Berlin to expand her artistic practice, and since 2016 she has been represented by the White Square Gallery Berlin.

The basis of her work is her own development in a social context. It ranges from loss and rejection, to identity as a black woman, to the liberation from colonial structures and racist resentments. Scott's work explores the complex history of identity, oppression, and liberation of the African diaspora through her own family history and experiences. The basis for the chosen materials such as raw fiber, burnt cotton and iron in vibrant colors is the history of slavery and oppression on the one hand, fight, hope and confidence on the other.In 2018 she was commissioned to create a series of works for the main restaurant of TUI's new “MeinSchiff 2”.

She has shown her work in New York, Chicago, Zagreb, Bucharest, La Coruna, Miami, Paris, Montréal and Berlin.Her work is featured in the permanent collections of Museum Reinickendorf- Berlin, Graphothek Berlin and Never Apart in Montréal. 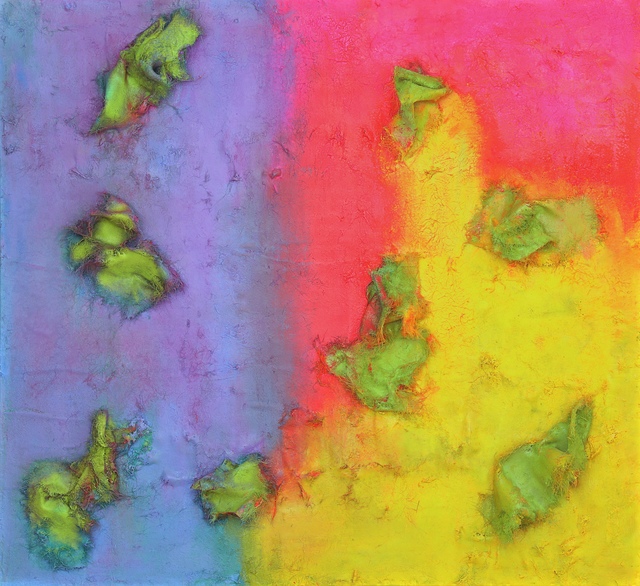 Losing Hats, Fauncie
Raw fiber and Acrylic Paint on canvas
160 cm x 175 cm
This work is dedicated to her aunt Fancie who moved from the South, and founded a hat shop. This work encompasses her legacy, from its colours to its texture. Indeed, aunt Fancie is described as a stylish lady, always wearing her Sunday best and adorn with big sculptural hats she would make herself. The composition made of pieces of tinted fibre glass and the highly saturated colours evoke the magnetic energy field surrounding her hair by the impressive volume in which she would style them. 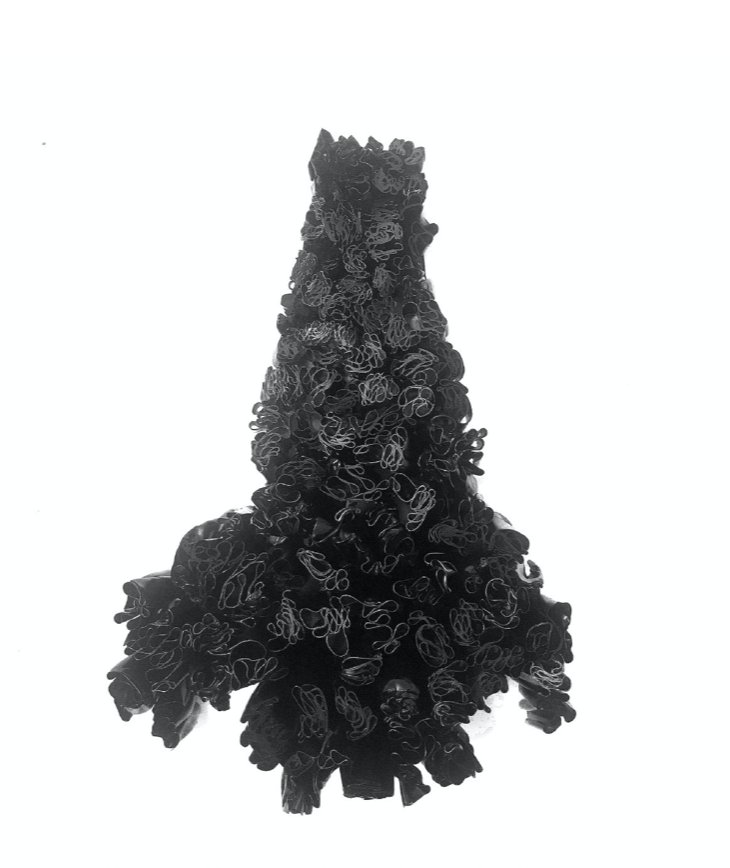 Self-Protrait Nose
Polystyrol and acrylic, 2017
77x 50 x 21
Part of The Rise of the Watermelon Collection, these pieces tell the story of the stigmatization of the watermelon, a fruit for the poor and it’s close association with Black Afro Americans by white Americans. This fruit was a way to free slaves from hunger when working in the cotton fields and later, newly freed slaves, to survive. Today, it’s stigmatization is still relevant. Exposing the origin of discrimination is to invite viewers to make nuance of the popular stereotype, enabling Black Afro Americans to have control of the narrative that is projected outside their circle. This last piece of the collection is a rekindling of sorts with the source of the discrimination, the colour and appearance that African Americans bear. Her sculpture shows the form of her nose using black polystrols which she worked into a folded manner. The black colour evokes the preconception of the colour and presents the multilayered meaning Scott knows her skin means to herself. She exposes the fetishization of darker black women, and the assumption that her capacities are less than because of the shade of her skin. Her work is ultimately strong and individual to her experience while exposing histories of stigmatization often left in the dark.