The revolution will not be televised—it will be designed

“From the chair you’re sitting in to the device you’re looking at, how you live has been designed for you by conflicts passed.”

The Bauhaus School of Art, founded in 1919, is the most influential design institution of the 20th century. Arising in post WWI Germany, the school’s goal was to merge functionality and beauty in design. Their creations ranged from architecture to typography and graphic design to interior design. Many of the designs went on to be mass-produced in large-scale factories, with consumer needs driving the creator instead of purely aesthetics. Eventually forced to close under Nazi pressure, this short-lived, leftist art venture has ended up shifting the way we live our day-to-day lives. 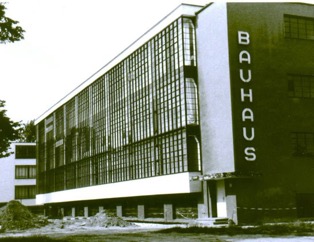 Art movements run on a parallel timeline to that of major world events, each projecting on the other. At each moment on those timelines, the emerging movement naturally becomes avant garde, characterized by a set of values united in philosophical worldview, often responding to shifts in civil society. Recent art history has been more frequently punctuated by major world events, leading to a more rapid handover to the next movement. This has only been accelerated by the increased availability of information. Wars have often been vectors of these great changes.
‍
For instance, in direct response to the atrocities of the Spanish Civil War, Pablo Picasso created Guernica, which propelled the cubist movement to the forefront. This shifted visual conventions and representations of reality that had dominated Western art since the Renaissance era, overturning a 500-year tradition. Plays such as Ubu Roi, written by Alfred Jarry in the late 1800s, never gained relevance until the 20th century as a third class was emerging as the working class, rising against an indolent aristocracy. Hegemonic power dynamic shifts and new ways of thinking inevitably bring artists to question how their contemporary society functions, triggering new movements as our world ebbs and flows through challenges.
‍
Now at the turn of the 21st century, the world faces a globalized challenge at the same revolutionary scale as the major conflicts of the past century. COVID-19 is forcing us to face the challenges of globalization and consumerism. The first week of the crisis was marked by many world leaders questioning the reliability of contemporary supply chains, while invoking unprecedented measures to restrict travel and population movements. With over a billion people in social isolation and applying social distancing mechanisms, few could have ever imagined such a dystopian world. How will this impact us moving forward? As many countries look towards de-isolation, we can look to the potential impacts on the art and design world to assess how our day-to-day lives might change. For examples, we can look to the Bauhaus movement.
‍
The Bauhaus movement survived shortages of funds and political instability, two post-crisis inevitabilities. As a result, designs were focused on a utilitarian approach and created for the consumer—one could almost go so far as to say by the consumer. This interwar period also saw a decrease in globalization, as demonstrated by trade patterns. Similar unstable conditions can be seen emerging from our current crisis. With many countries suffering from supply chain disruptions and shortages of essential equipment, we are almost certain to see a rise in local production.
‍
With the rise of plastic as a building material, we saw a major shift in household design towards more affordable options with a shorter-term perspective. What if we were to use this post-crisis period to orient ourselves back towards designing quality timeless pieces, emblematic of the Bauhaus era?
‍
At the dawn of the centennial of the Bauhaus movement, Architectural Digest France published a list of the 10 most iconic pieces from this design school. The Model B3 chair, otherwise known as the Wassily Chair, designed by Marcel Breuer, is simple in design. It combines durable materials such as seamless steel, a new creation by the German manufacturer Mannesmann, and fabric straps, that were engineered specifically for durability. Originals of this product, circa 1927, can still be found on mainstream auction sites such as Sotheby’s for $8000 USD in fine condition. The effortless lines of this product are both timeless and utilitarian. 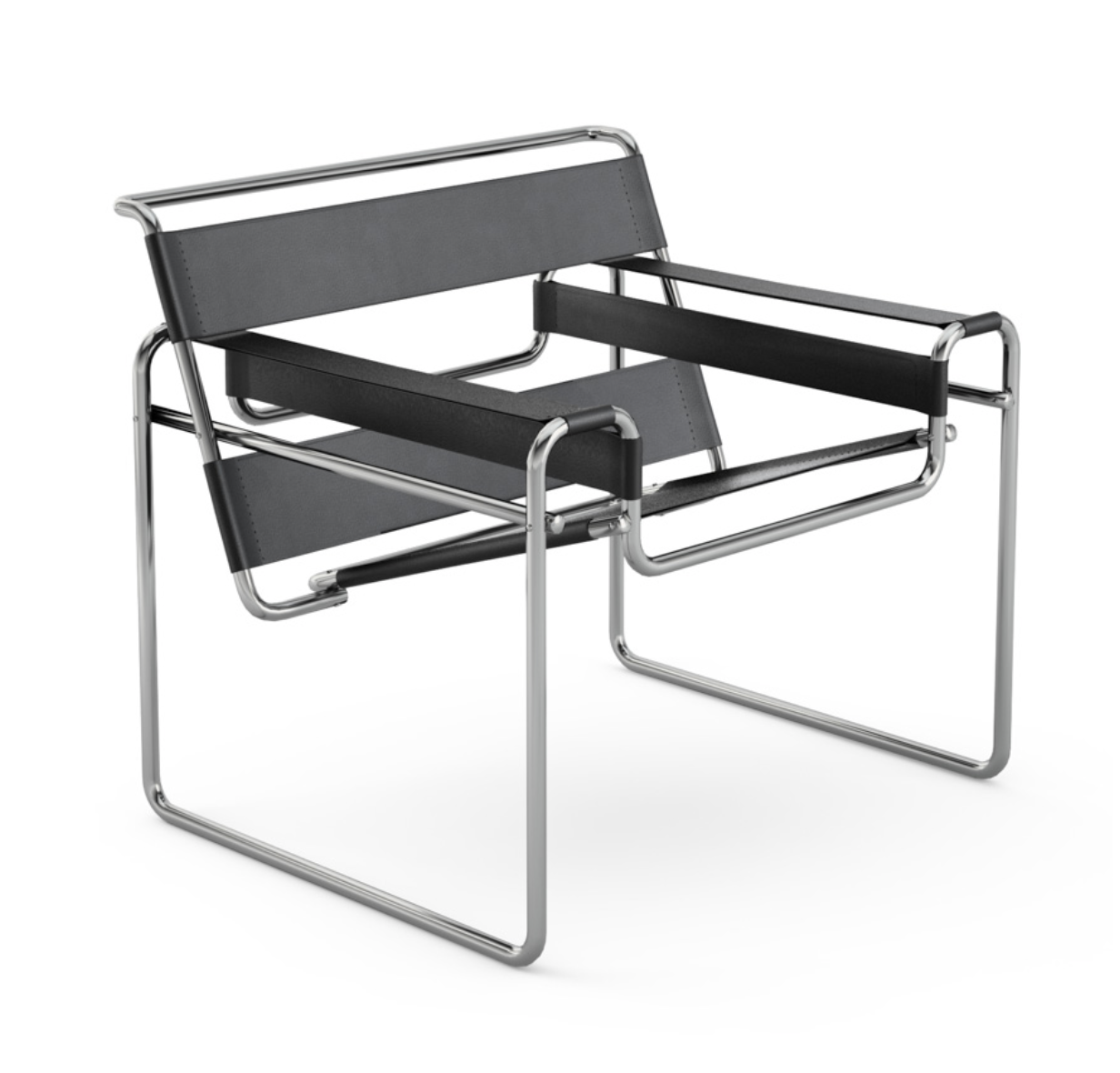 Furthermore, many works of this movement can be characterized by their strong ties to primary colours. Going back to the basics, red, blue, and yellow, are the foundations of colour theory. Josef Albers, most recognized by his Homage to the Square series, created a set of nesting tables defined by the simplicity of the Bauhaus school of design. Built with solid wood and lacquered glass tops, they work independently and interdependently rendering them versatile in their usability. 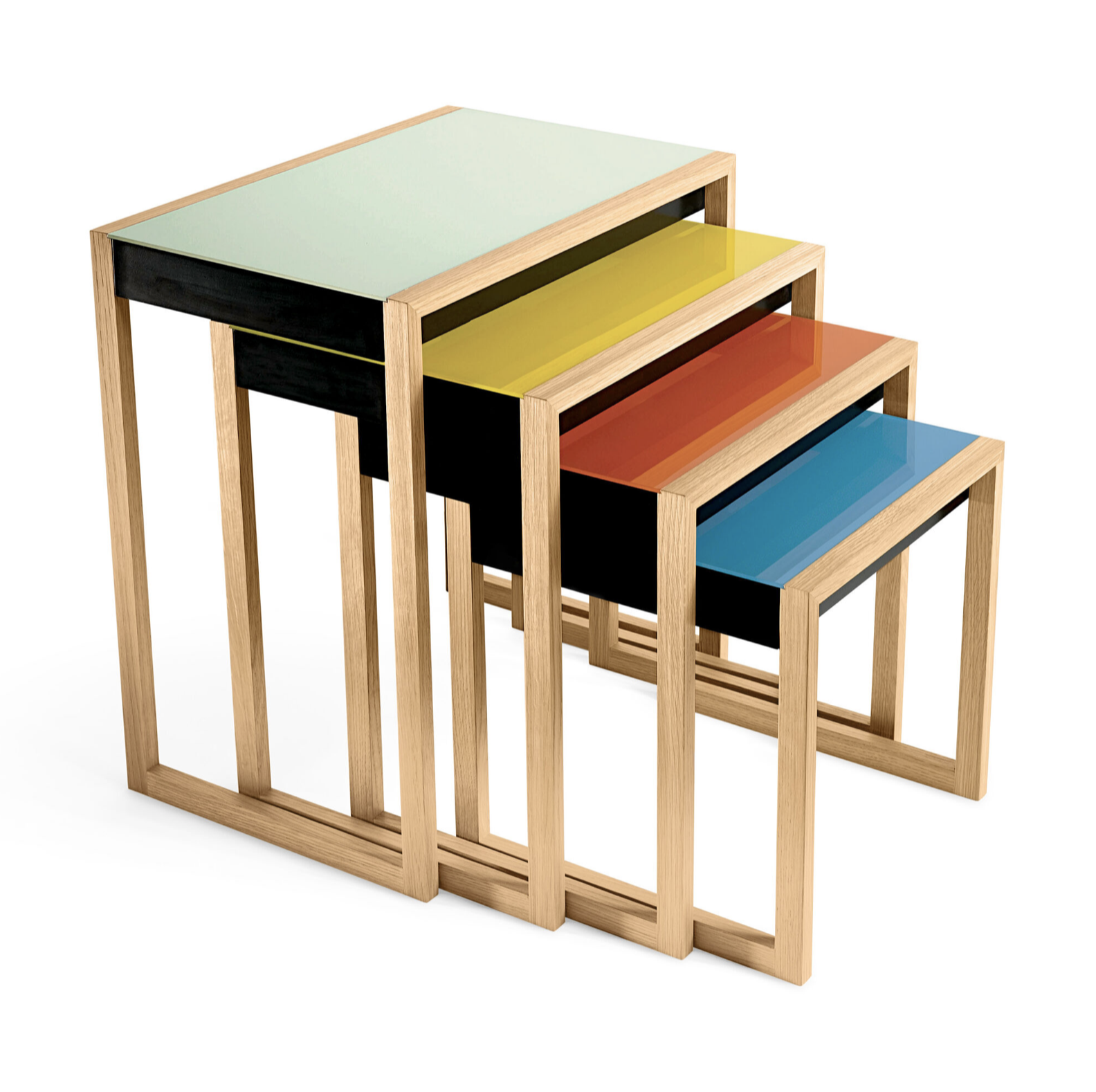 With economic challenges arising from COVID-19, we can expect to see a rise in nationalist values, inevitably leading to the production of goods on a local scale. While there are obvious problems with nationalism, this post-crisis period gives us an opportunity to reject over consumerism. It’s an opportunity to begin a new movement defined by the production of quality goods by local designers who previously would have been overlooked in favour of cheaper, mass producers. Coming out of self-isolation with a new set of values forces local designers to reimagine how we use and value everyday items. What do we need moving forward?
‍
Designing and buying locally comes with a long list of advantages: reducing fossil fuels, supporting local economies, creating products designed specifically for our local needs. In order to accelerate the growth of businesses that were stagnated by COVID-19, designers will most likely streamline their choices in materials and designs to increase productivity, much like in the Bauhaus movement.
Musée Nomade ConnectArt was founded on these same principles. We focus on functionality and beauty, which is perfectly captured in our branding, designed by Francisco Sebire. As a not-for-profit organization, we are already at the forefront of supporting local designers and providing an unobstructed platform for community dialogue. We hope you will join our movement.