THE ART OF VINYL

“I’ll start with a disclaimer: I am a graduate student in the Faculty of Dentistry at McGill University and have virtually no musical talent. Despite over 12 years of guitar practice, I was never able to replicate the beautiful sounds that I heard in music. However, from a young age I was captivated with music, starting with my love affair with Green Day’s American Idiot as an 8 year old in 2005. The music was powerful and exciting. From this point onwards I knew how important music was to me. In my early adolescence, I began obsessively curating my iTunes library, ensuring every song was labelled with the correct time, album artwork, and track number. As I grew up, I became tired with not having a true physical representation of my music. That is when I became infatuated with vinyl, the large format covers, the visceral nature of the medium, the pop you hear when the stylus first touches the record, the thought that the most beautiful sounds imaginable could be represented in tiny lines of plastic. My obsession with the medium began instantly.”

It has been 7 years since I received my first record, and from then I have now amassed a collection of nearly 1000 records (973 to be precise). This doesn’t even include the 200+ records given to me from family and friends, which I don’t like enough to consider them part of my collection.

From those 1000 records, I present you with my top 5 favourite albums: 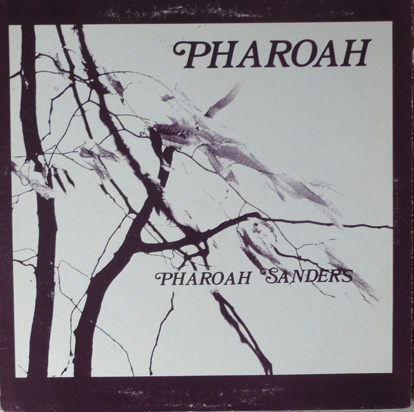 I was first told about this gorgeous album while at Somarama, a record store in the Plateau next to the corner of Parc and Bernard. The worker there, Zack, was playing the record on the speaker and within the first minute of walking into the store I was hooked, begging to know where I could find this rare record. It wasn’t until I was at a flea market in Greenwich, London that I found a bootleg of the record. Hands shaking in disbelief, I had a copy of this long sought-after record in my hand that could be mine for a measly 12£. The album cover is iconic: a simple photo of branches blowing in the wind with maximum contrast shift that gives you the feeling of introspective reverie. This introspective reverie, I think, is a great way of describing the album. The album has a mere 3 songs, but in all honesty, I’ve only listened to side B a handful of times. There’s little need to flip the record when the opening track Harvest Time, spanning the entire length of side A, is what I consider my favourite piece of jazz music. The pulsating harmonium gives the track an ambient and sometimes eerie feeling, combined with Pharoah’s saxophone playing that can only be described in one word – passionate. The addition of a number of incredible bass solos done by Steve Neil creates a beautiful and haunting piece that makes me feel a sort of calm sadness every time I hear it. Listen for the screeching saxophone and melodic electric guitar that spans the second side of the album, the rhythmically complex percussions that close out the song, and for the rare glimpse of Pharaoh’s singing voice. The album ends with the closing track Memories of Edith Johnson, a beautiful and soulful goodbye of the silent era film star. 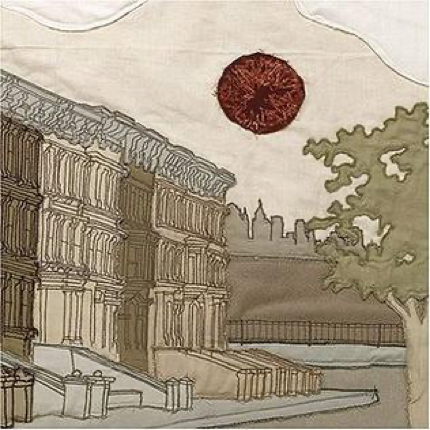 When compiling this list, I wanted so desperately not to include this album, but I couldn’t justify it. This album represents a pivotal moment in my love of music. The cover depicts a somber, quilted depiction of (presumably) Brooklyn townhouses in the foreground against a minimalist rendering of the New York City sky line. The dull shades of beige and the rough frayed edges of the individual patches of cloth laid over one another immediate evoke images of the mid-2000s indie culture. You can’t help but feel kind of melancholy. Without this curious and, at the time to me, extremely unique cover, I am unsure I would have given the rapsy and somber, yet hauntingly beautiful songs this album contains a proper chance. The DIY aesthetic of the cover complements the unfiltered depressing (if not sometimes corny) lyrics about loneliness and heartache by leading man Connor Oberst. As a teenager this was the first time a piece of music was able to touch me on such level, a moment when the contents of a single piece of work could forever change the way that I think. Although I do not listen to the album as often as I once did (and in all honesty, some of the once seemingly endlessly profound lyrics make my eyes roll these days), I would be lying to say that tracks like Old Soul Song, Train Under Water or of course First Day of My Life, don’t bring a tear to my eye in the few moments I revisit this classic. 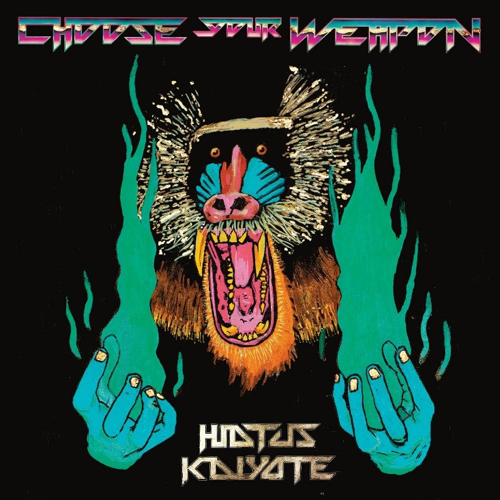 The painting of a screaming, beady-eyed baboon with green flames coming out of their blue coloured hands brings one word to mind – cool. In fact, every bit of this album is cool. There is no album that I believe blends such a mixture of genres as well as this one does. The combination of Nai Palm’s jazz-influenced vocals with math rock instrumentation, blended in elements of 80s synth pop, afro-funk, and acid jazz, creates a musical experience with a seemingly infinite number of layers, becoming deeper and better with each listen. The album seems to play jump rope, alternating between rhythmically smooth tracks like Fingerprints, and up-tempo, instrumentally complex, and sometimes strange tracks like Shaolin Monk Motherfunker or Swamp Thing. There is something primal about the dynamic range of emotions expressed in this album, seen in the changes between individual tracks. It’s unpredictable and it’s exciting, listen after listen. 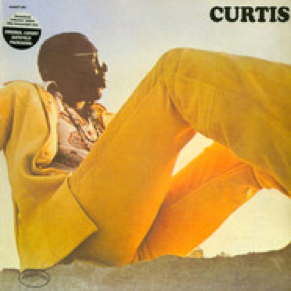 When I first saw the cover of Curtis propped up on display at the previously mentioned Sonarama, I think my jaw dropped to the floor. It was hypnotizing. Everything about the cover gave me the sense that this man was powerful. Curtis Mayfield is photographed laying back, legs pointed ever so slightly towards the camera so that the his vibrant yellow bell bottom pants take up more of the cover’s real-estate than  the rest of Mayfield’s body. Every time I stare at this cover, I feel like I’m gazing up at this holy figure that doesn’t even notice my existence. Although songs like If There is a Hell Bellow and the all-time classic Move On Up live up to the empowered and up-tempo expectations, they weren’t what made me fall in love with the album. Rather, the tenderness of Mayfield’s falsetto voice, the ethereal harp playing sprinkled into every other track, and the swelling of the brass and strings that complement the tender vocals on masterpieces like The Makings of You can bring a tear to your eye. In fact I implore you to listen to it and not feel yourself transported to a new romantic plane of existence. The more I focused in these subdued tracks, my interpretation of the cover evolved. Mayfield’s disregard for the camera no longer seemed like an act of superiority, but rather melancholy. The once neutral gaze became a front for a wealth of emotion that lied just beneath the surface, invisible unless you took the time to notice. 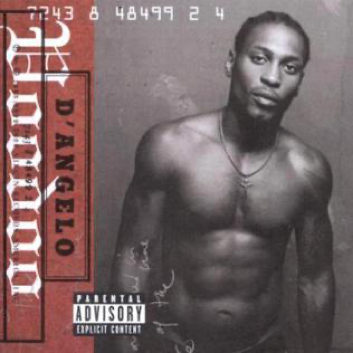 I’ll be honest, the first time I heard Voodoo after months of a co-worker insisting that it was the best album ever made, I was not impressed. The vocals seemed too foreign for my tastes and the backing instrumentation disjointed. But that’s the thing about Voodoo that I have now come to appreciate. It does not try to get you or cater to your tastes, it’s completely uncompromising. If it were not for the black and white photo of an absolutely ripped D’Angelo in a portrait so provocative it would make Mapplethorpe smile, I don’t know if I would have given it a second chance.  I wish I could explain what changed inside me for this album to go from “not worth my time” to my list of top 5 albums. Maybe it was my increased exposure to albums like James Brown’s The Payback which got me used to the concept that every instrument can behave as percussion. Maybe I wasn’t in the right mood the first time I heard it. Whatever the reason was, I was hooked. The grooves are so powerful that you can’t help but bop along to the alternating rhythms. When I think about it, it boggles the mind how many times D’Angelo himself had to record vocals on every track, not only as the lead singer, but also as the 4 backing vocalists. If ever there was an album to represent baby-making music, I’d hope Voodoo would be the top of everyone’s list. If you choose to listen to only one album that I have shown here, I urge you to check this one out. It is one of a kind in every sense of the word.

Each piece of artwork is represented duly in compliance with Fair dealing copyright use.